It may look simple but this dessert dish is rich, buttery and decadent as all get out. 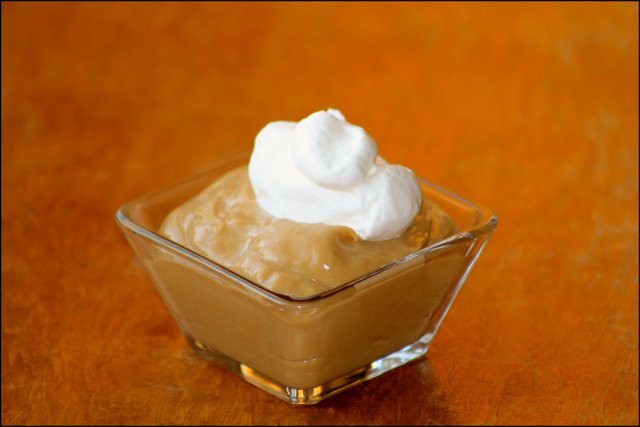 Butterscotch is a complex flavor that lives right next to caramel. In fact, making butterscotch pudding is very similar to making caramel.

It starts with butter and sugar. In this case, both brown and white sugar are combined with the butter. 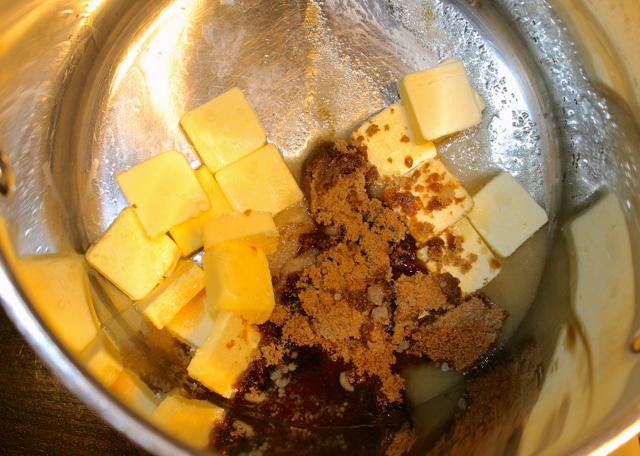 Like caramel, the mixture is brought to a boil and the temperature is monitored. Once it reaches 240 degrees F. the heat is turned down and it’s simmered until it reaches 300 degrees F. 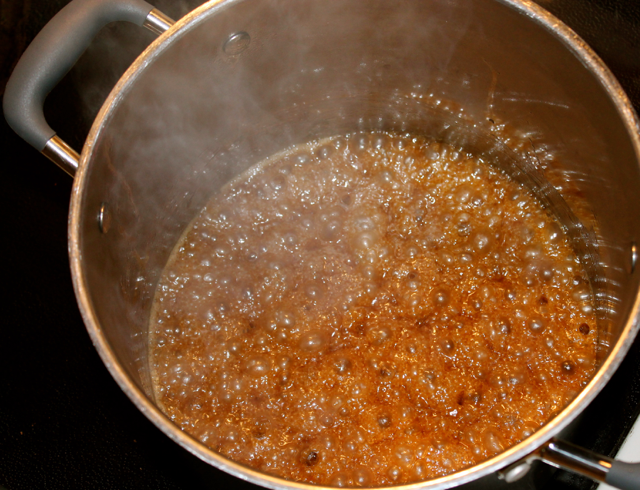 Once the mixture has reached temp, 1/4 cup of cream is poured in to stop the cooking. At this point, the base flavor is achieved and two cups of milk is whisked in.

The mixture needs to be heated once more until it reaches a full boil. 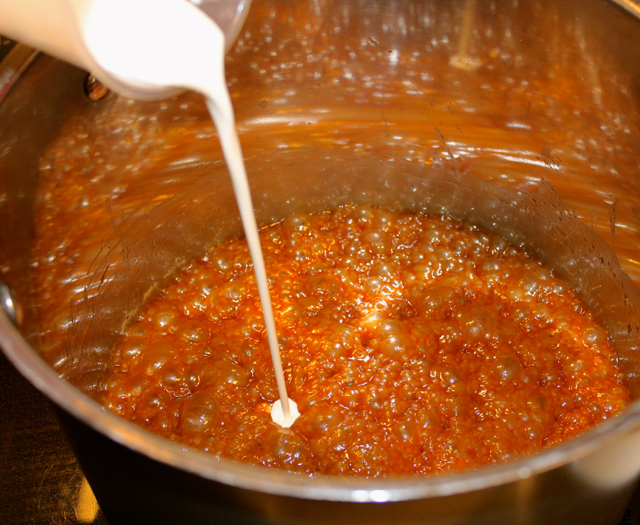 To thicken and give the pudding a rich finish, 4 egg yolks, 1/4 cup corn starch and 1/4 C milk are combined in a large bowl.

Stir in a teaspoon of vanilla extract and the pudding is ready to be chilled in the refrigerator for three hours. 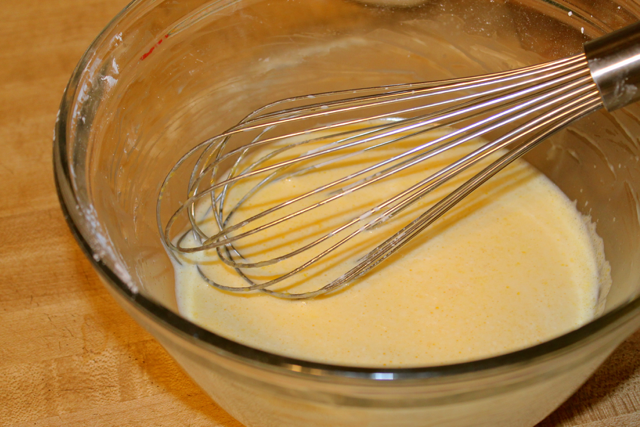 It’s very tempting to have a bowl right away but chilling the pudding not only lets those flavors really develop, it allows it to set into the perfect texture and thickness. Totally worth waiting for.

A dollop of freshly whipped cream tops it off nicely when you’re ready to dig in.

If ever there was a reason to throw manners out the door, this little ditty is right there because you’ll be licking the bowl clean. We totally did here in the Happy Belly Foodie kitchen and we’re not apologizing. 😉

I hope you’ll give this one a try and let us know what you think. We’d love to hear from you.

Have a beautiful day and as always, keep it delicious!