Spaghetti Squash plus Meatballs in the Pressure Cooker

Are you a lover of pasta? Do you hate the carbs, calories and the groggy feeling you get after having a dish? Spaghetti squash may be the answer for you and right now, they’re in season and plentiful! 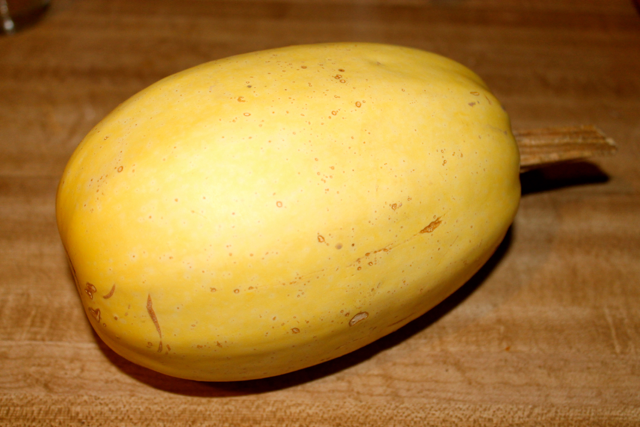 Just in the last couple of years did I discover this beautiful pasta alternative. I do love my pasta but I absolutely hate how I feel so tired and weighed down after I eat it. A friend of mine suggested that I give spaghetti squash a try and to be honest, the first time I tried it, I wasn’t real impressed. Come to find out, I wasn’t cooking it long enough so I was left with this… well, sort of crunchy texture and a squash taste. Don’t get me wrong, I like squash but when I’m attempting to implement an alternative for pasta I don’t want to feel like I’m eating a half crispy vegetable.

I am a determined little foodie, however. Eventually I learned that you have to cook it long enough to get the consistency of pasta. The right way to cook it in the oven is either slicing it in half and placing it in a baking dish, cut side down in a half inch of water at 400 degrees F. for about an hour or just placing the whole thing in there and roasting it for an hour and cutting it after it cools.

That is how I cooked it until I got the handy dandy pressure cooker I’ve been talking about all week. I really do love spaghetti squash but honestly, I dread the wait for it. So when I was trying to think of something to finish off pressure cooker week, here at Happy Belly Foodie, I thought I’d do something that would make me happy and perhaps some of you fine foodie friends out there as well.

In the pressure cooker, spaghetti squash takes 15 minutes to cook and get to the right consistency. That’s it. Yes, I said FIFTEEN minutes. You simply slice it in half, scoop out the seeds and place it in the pot with one cup of water. Close the lid, turn the steam release valve to the locked position and let er go. 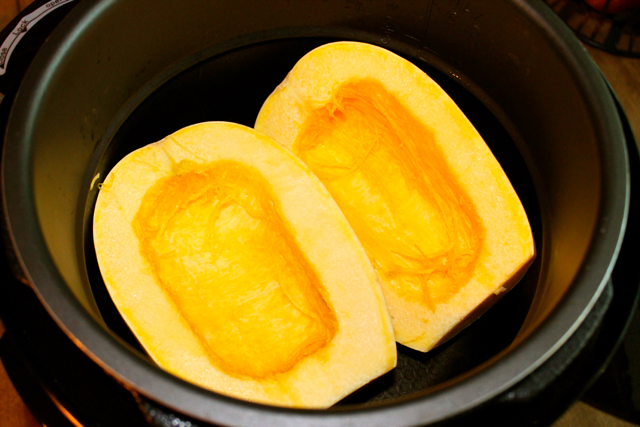 Thus far, this is the best consistency I’ve ever gotten with spaghetti squash. 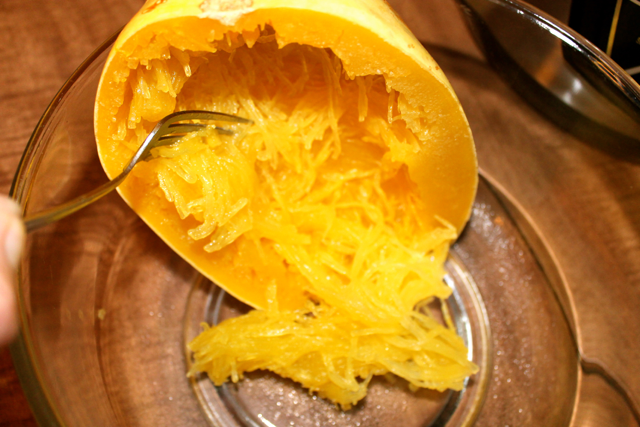 If you’ve never seen or had spaghetti squash, you now understand why it is named as such and after a quick cook in the pressure cooker, it just glides out of the shell being all spaghetti like and sweetly delicious in itself. 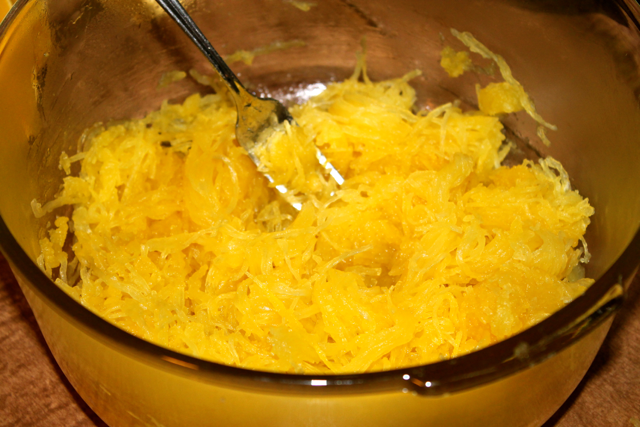 Oh, I almost forgot to mention that you can make your meatballs in the pressure cooker too. Just brown them in the heated unit and then pressure cook them for twenty minutes in your favorite sauce under the soup/stew selection. 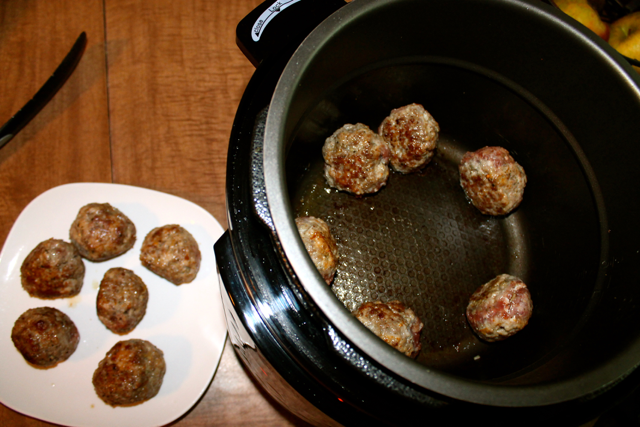 The recipe for meatballs is down below in the printout and if you need a great sauce recipe, try Post to Post Links II error: No post found with slug "italian-tomato-sauce" or Easy Marinara Sauce. 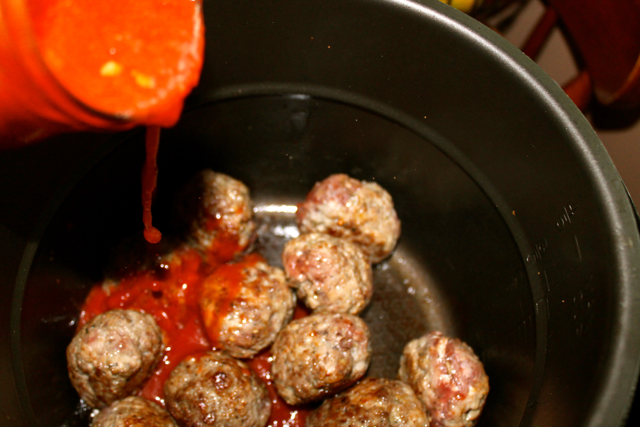 I only put two cups of the sauce in the pot to cook the meatballs with. I heat the rest of my sauce (another two cups) on the stove because pressure cooking tends to thin the sauce some with all the steam that builds up in the unit. The meatballs turn out nice and tender and juicy as if they’ve simmered in sauce for a couple of hours. 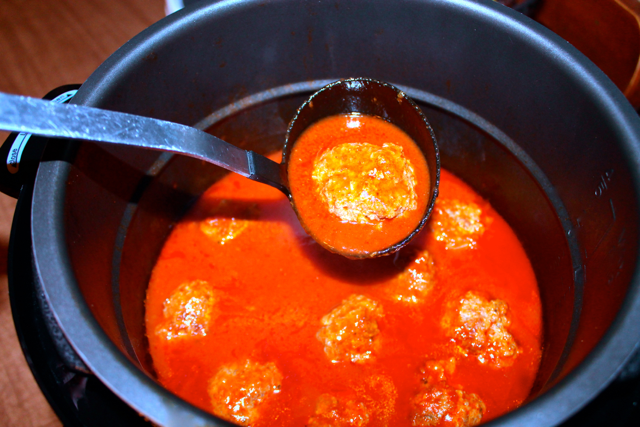 Not bad for thirty-five minutes of cooking time versus a few hours of oven and stove top cooking, huh? 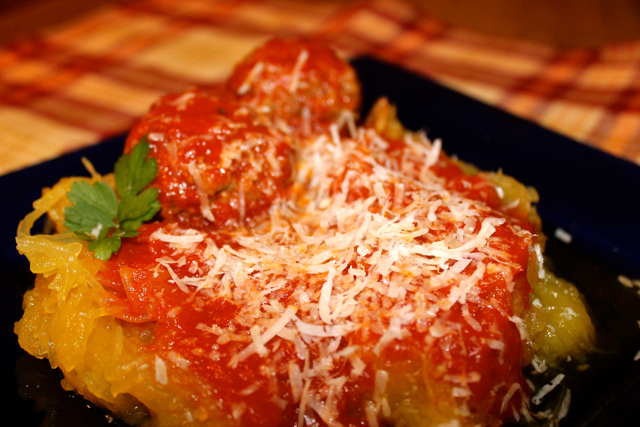 Not only are you going to be pleasantly surprised with how delicious spaghetti squash is as an alternative to pasta, you’re going to save some time when you cook it in the pressure cooker. And meatballs in less than thirty minutes? Come on.. you know you love that!

I hope you’ll give this delicious pasta dish a try friends. Have a beautiful weekend and be good to yourselves. As always, keep it delicious!