I’ll have some of that!

What happens when you take brown sugar, cinnamon and add it to rich, creamy gelato? Top it with an adorable mini apple pie and you’ve got a recipe for an America meets Italy dream desert! 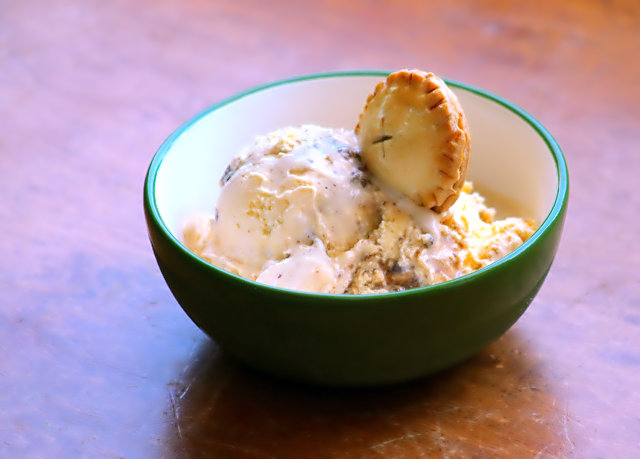 The Italian version of ice cream, Gelato is like ice cream’s dreaminess jacked up about ten notches. It has everything you want in a sweet frozen treat plus more creamy smooth texture topped with rich custardy yumminess. In other words, it’s WAY better. Not only that, it actually has less fat than ice cream. Bonus, right? Hey, I gotta promo my gelato!

After you have a bite of this, you’re not gonna give two thoughts about any of that anyway because it’s so decadently delicious. Dangerous, no?

Gelato starts out with sugar and lot’s of egg yolks. That’s where it gets it’s richness from. For this recipe, you’ll need 7 egg yolks. Yes, that’s a lot and yes, you’ll have 7 egg whites left over like, what? Don’t worry, you can always make an Post to Post Links II error: No post found with slug "angels-in-my-cake-its-the-eggs-travaganza-finale" with them. 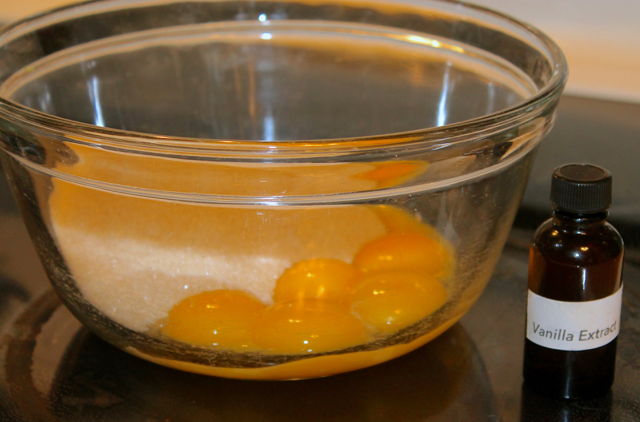 You’ll need a large, heavy bottomed pot to heat up some milk and heavy whipping cream. Keep the heat on the down low because you never want to boil this mixture. Simply bring the milk and cream to 180 degrees F.

After it reaches that temp, you’ll temper your eggs. Have the eggs and sugar whisked to a creamy yellow and add a ladle of the hot milk mix to the eggs. Whisk that together and add another ladle at a time until about half the milk mix is in. 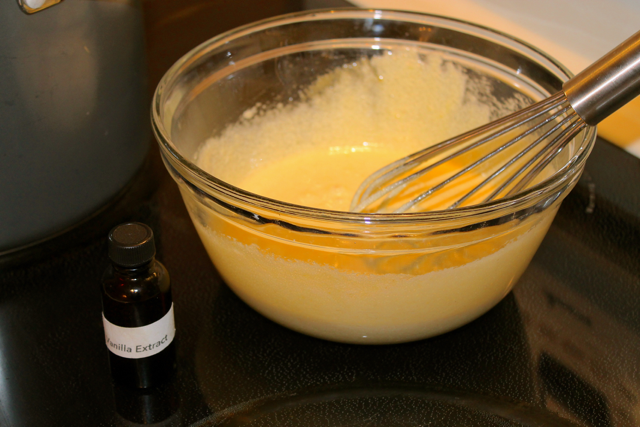 Heat the mixture through and bring it back to 180 degrees F. over med/low heat. 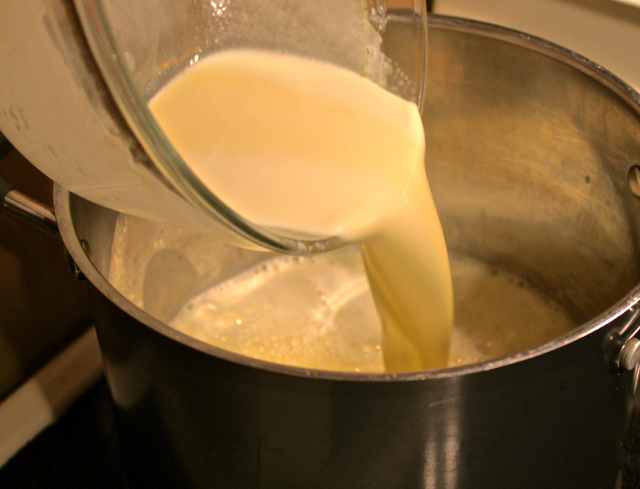 Strain the mixture into a large bowl through a fine wire mesh sieve and stir in some vanilla and a little salt. 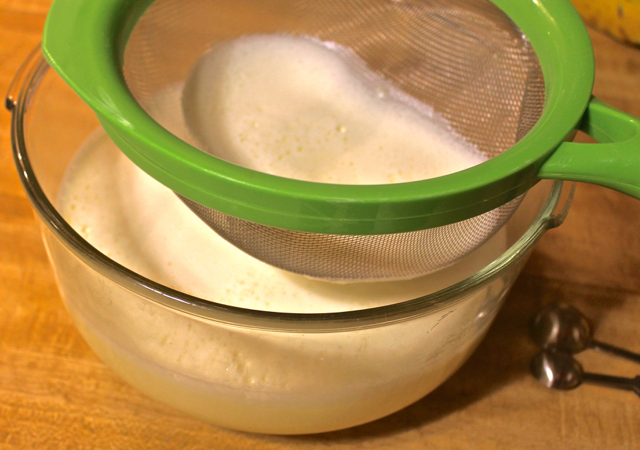 Place some plastic directly on top of the mix and refrigerate over night.

I know… the agony!

But you really have to have this stuff as cold as possible before you put it into your ice cream machine.

When the gelato mix is cold and ready, you’ll process it in your ice cream maker according to the manufacturer’s instructions. 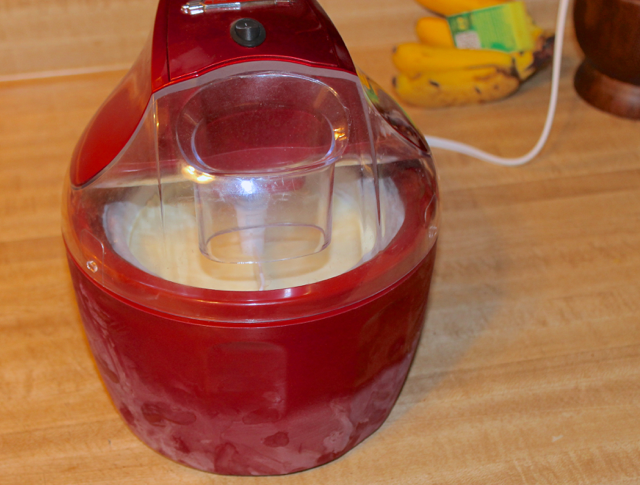 It’ll take about 45 minutes to process the gelato. While you’re waiting, go ahead and make that extra umph cinnamon swirl mix.

Combine some brown sugar, butter, cinnamon, water and a pinch of salt in a small sauce pan. Heat over low until every thing is melted through. This will have a bit of a grainy feel to it when it’s done. That’s what we want because we’re looking for a sort of almost crunch texture. Set the pan aside to cool. 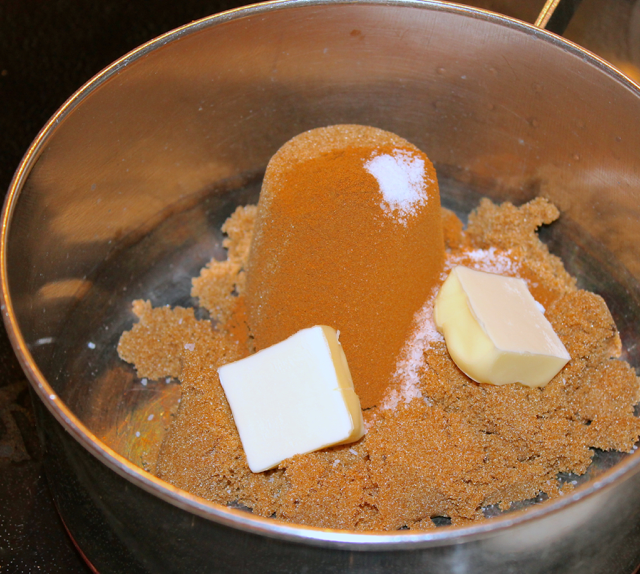 Once your Gelato is finished processing, stir the cooled cinnamon mixture through. Place the gelato in a container and cover. Freeze for a couple of hours or until hardened to your liking. 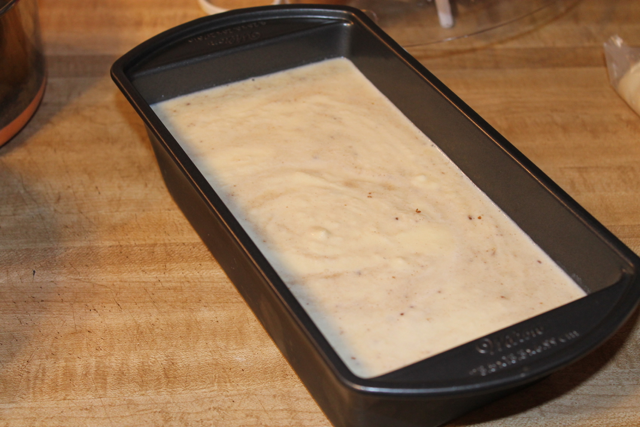 While you’re waiting on the gelato to firm up, go ahead and make those adorable little mini pies to garnish your dish with.

Combine your sliced apples, some apple cider, brown sugar, cinnamon, nutmeg, all spice and a little salt. Heat over med/hi in a large skillet and cook 6 to 7 minutes. 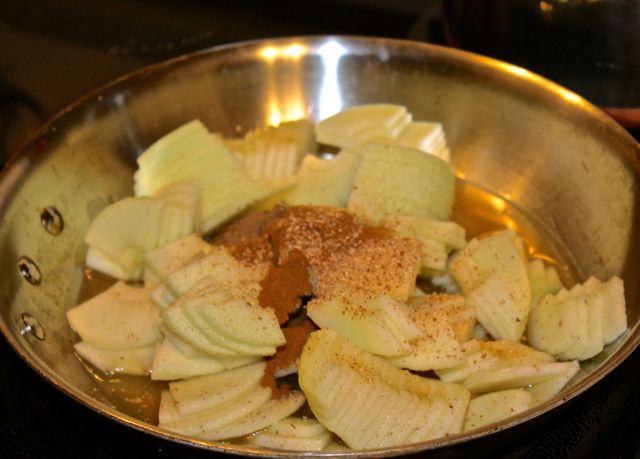 Mix some corn starch in a little of the apple cider and stir that into the apple mixture and cook for one minute more. Set aside to cool. 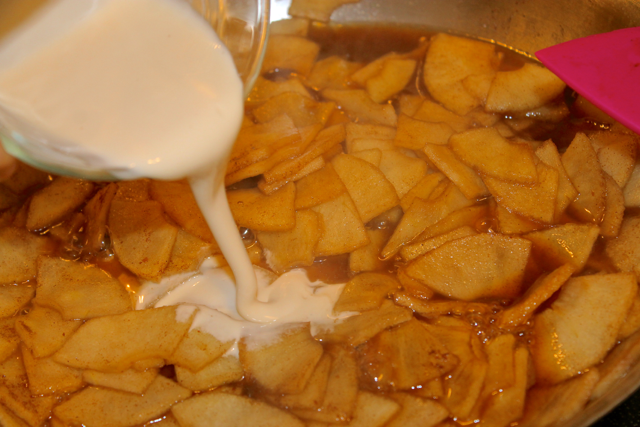 To make the crust for the pies, you’ll  need to roll out one 9-inch Post to Post Links II error: No post found with slug "blue-hubbard-squash-pie-some-kind-of-wonderful". Cut out twenty 2-1/2 rounds or squares. 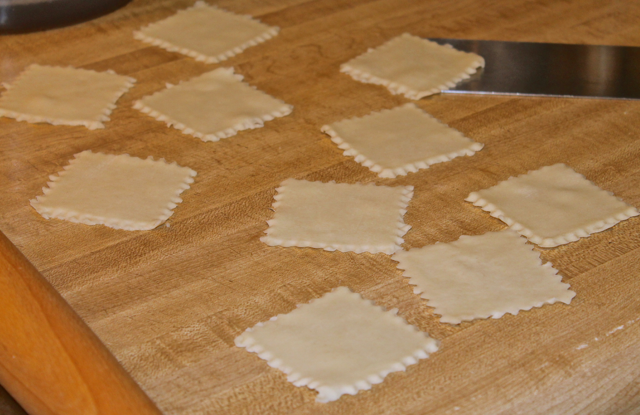 Place 1 tablespoon of the apple mixture in the center of ten of the cut outs. Use a little water to brush the edges of the dough and cover with the rest of the cut outs. 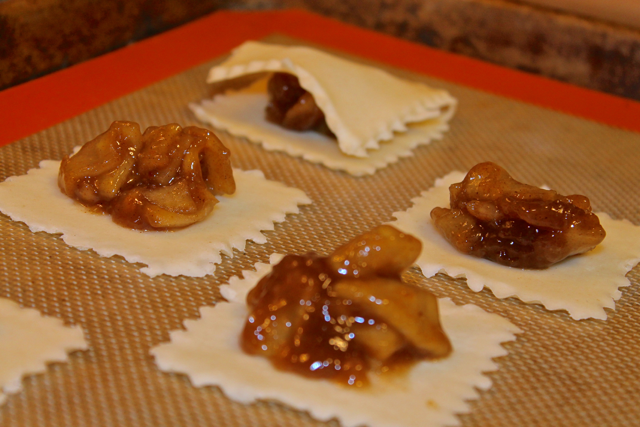 Crimp the edges with a fork and brush the tops with an egg wash. Cut an X in the top of each mini pie.

Magically, after I baked my square mini pies at 375 degrees F. they turned into round pies. Amazing, huh?

Actually, I couldn’t decide if I wanted squares or rounds. Either way, both batches tasted great and had a wonderful flaky texture.

Which do you prefer? Square or Round mini apple pies? 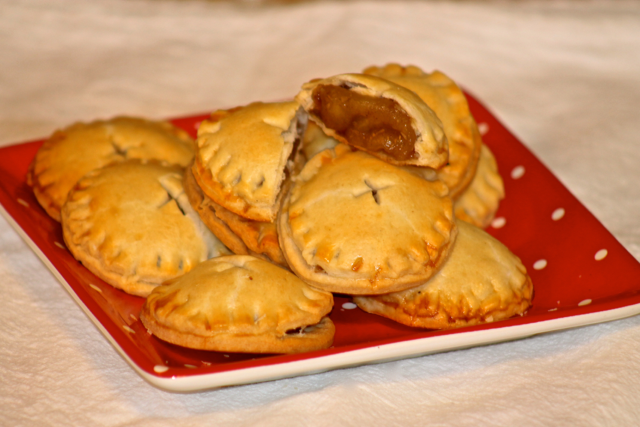 In the end, the round mini pies won me over.

Though it seems like a lot of work, the hands on time for making gelato isn’t so much. If you’re a foodie fiend like me, waiting for that mix to cool is totally worth it. This rich cinnamon swirl gelato with those sweet little mini apple pies is pure bliss. I’m pretty sure you’re gonna be smiling once you have a bowl in front of you, too!

I hope you’ll give them a try and let me know how much you enjoyed!

Have a fantastic day friends and as always, keep it delicious! 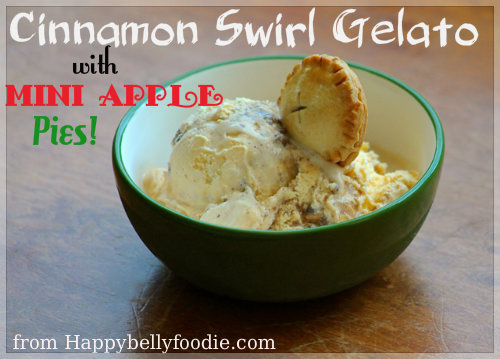