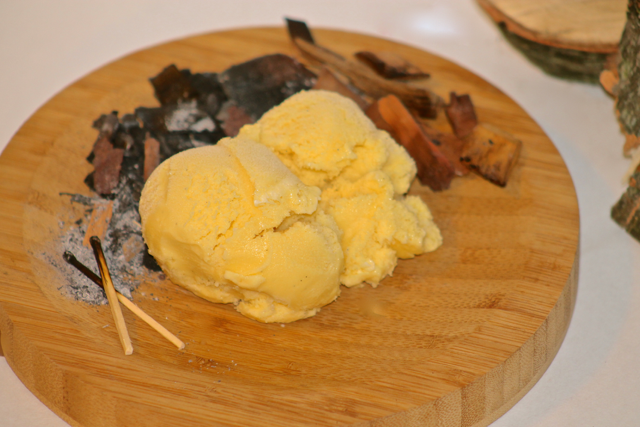 ” I absolutely couldn’t resist doing this. I’m already a fan of smoked meats, smoked beans and smoked whatever-I-can-get-my-hands-on. So why not?

Of course, the Spanish chef that Pollan describes in the last bit of his section on fire has techniques as well as a madness about smoke that lil ol’ Happy Belly Foodie couldn’t compare to but that doesn’t mean the idea of smoking the cream for my frozen delight can’t be attempted.

After consulting one of my favorite blogs, Old Fat Guy, for smoking foods, I found that David has a technique for smoking cheese similar to that of what I was trying to achieve with my cream. It’s a cold smoke. Putting the cream on ice and maintaining a temperature that wouldn’t cook it but would infuse the smoke seemed like the way to go. 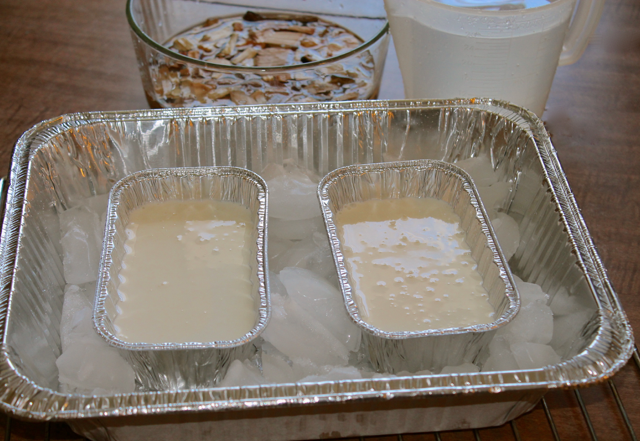 I have an electric smoker, a Masterbuilt. It’s a simple plug in unit with an electronic panel that controls temperature, timing and such. The wood chips go in the bottom where they sit over a heating coil. In order for the wood chips to begin smoking, you have to set the temperature at about 200 degrees F. That doesn’t make keeping the cream cool an easy task.

I heated my unit up to 200 degrees F. and put the wood chips in. To allow them to smoke longer, as they’ll burn up after 20 minutes, I soaked them in water for about an hour beforehand. The temperature was then turned down to 150 degrees before putting the cream in, which was kept in an ice bath that I closely monitored. I checked the cream temperature every 15 minutes, dumped the water out and added more ice and water to the holding pan as needed. The temperature of the cream never exceeded 50 degrees F. 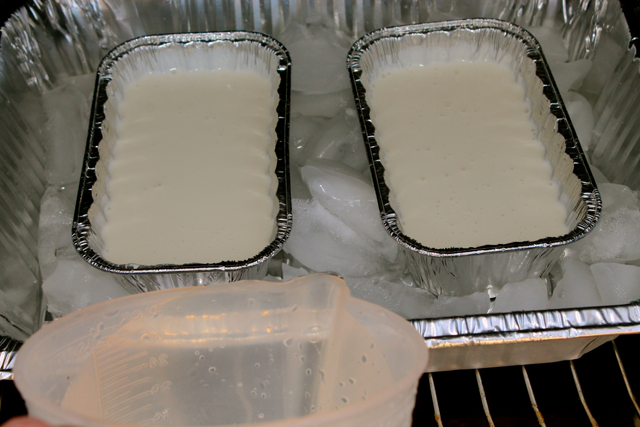 After about an hour and a half, I removed the cream from the smoker. A taste test revealed a flavor of smoked cream that pleased me. It wasn’t over powering yet had just enough smoky flavor that, with adding sugar and the richness of egg yolks would promise a delicious gelato. 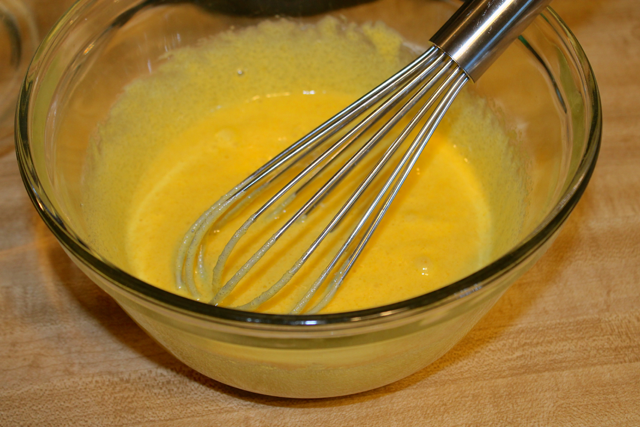 The thing I love about gelato versus ice cream is that it has less fat, less sugar and less calories. There’s less fat because more milk than cream is used in the recipe. That’s perfect here because too much of the smoked cream may give the final product a funky taste rather than a richly smoke infused creaminess. 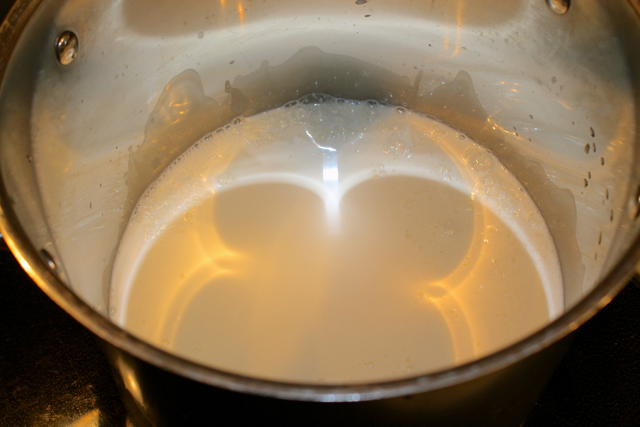 The hardest part about ice cream, gelato or any frozen dessert is waiting on temperatures. Proper temperature equals you need to be patient in every step of the way. In total, between smoking the cream, heating the milk and cream to 180 degrees F., tempering the egg yolks, reheating the entire mixture to 180 degrees F. again and chilling everything back down to 40 degrees F., the process takes at least a day before you can churn. 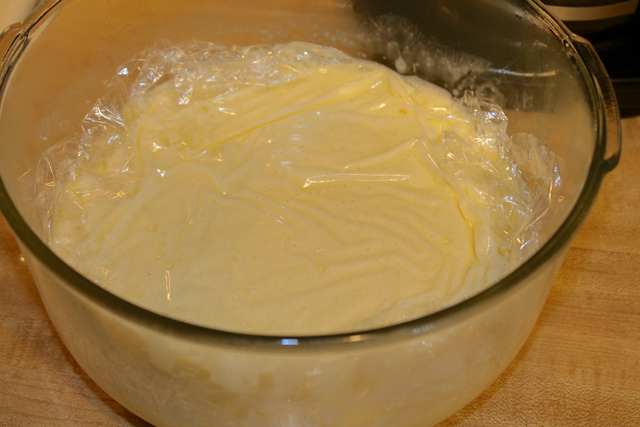 I can see why a smoked, frozen dessert is more of an obsession than anything.

The beneficial factor of having smoked that cream is the fact that you can make so many other recipes with it. I mean, I’m not just going to make gelato here. I’ve got smoked butter on the brain, smoked homemade sour cream and a few other creamy smoked ideas swimming around. 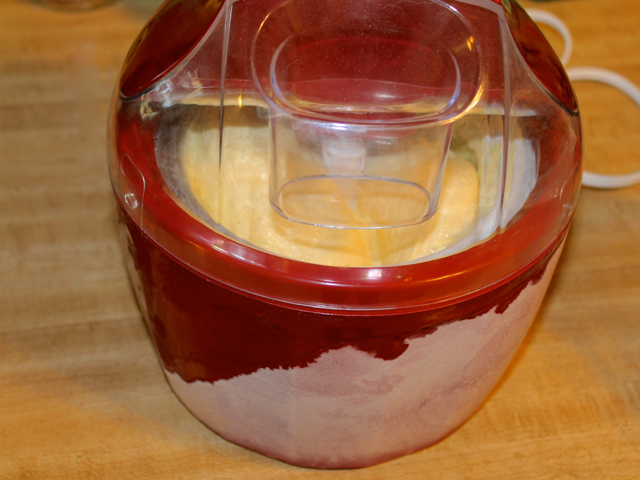 Yeah, I’d call it an obsession. If you’re into smoking foods, you already know that it’s an addictive way of cooking. But just like any cook’s toys, exploration into new ways of creating edibles that delight are a must.

I gotta say, for me, spending an entire day waiting to get into a bite of this smoky vanilla gelato was totally worth it. The crew here didn’t mind either because it truly was fantastic.

I hope you’re inspired as well. Perhaps an enlightened view, like the one Michael Pollan gives in his book, “Cooked” is what you’ll take to your next cooking adventure.

Have fabulous day friends and as always, keep it delicious!